Under the right conditions, bushfires can cause their own storms. This is an example of pyroconvection, and can lead to extremely dangerous bushfires. Hub researchers found that conditions favourable for pyroconvection have increased in south-eastern Australia since 1979.

When bushfires create their own weather

Under particular environmental conditions, the heat and moisture generated by bushfires can create clouds and even thunderstorms. The winds and lightning generated by these clouds can result in more dangerous bushfires on the ground. Both the 2003 Canberra fires and Victoria’s Black Saturday fires in 2009 were examples of extremely dangerous pyroconvective events.

There are a range of risk factors that can lead to the occurrence of dangerous pyroconvection events, including weather conditions near the surface as well as higher up in the atmosphere. In particular, a decrease in atmospheric stability (caused by changes in temperature and humidity at different heights through the atmosphere) when combined with dangerous near-surface conditions (e.g. extreme temperature, wind speed, humidity and fuel availability) can increase the likelihood of dangerous pyroconvection events.

Hub researchers examined datasets extending back to 1979 to identify periods of high risk, based on atmospheric stability combined with near-surface fire weather conditions, to see if they could determine any significant changes in the occurrence of these factors over that period.

Over the past 40 years, south-eastern Australia has seen increasingly more days where both surface and upper atmosphere conditions are favourable for pyroconvection, mainly during the spring and summer fire seasons. Future Hub research will use climate models to better understand how this trend may be linked to climate change, and what further changes we may expect in the future. 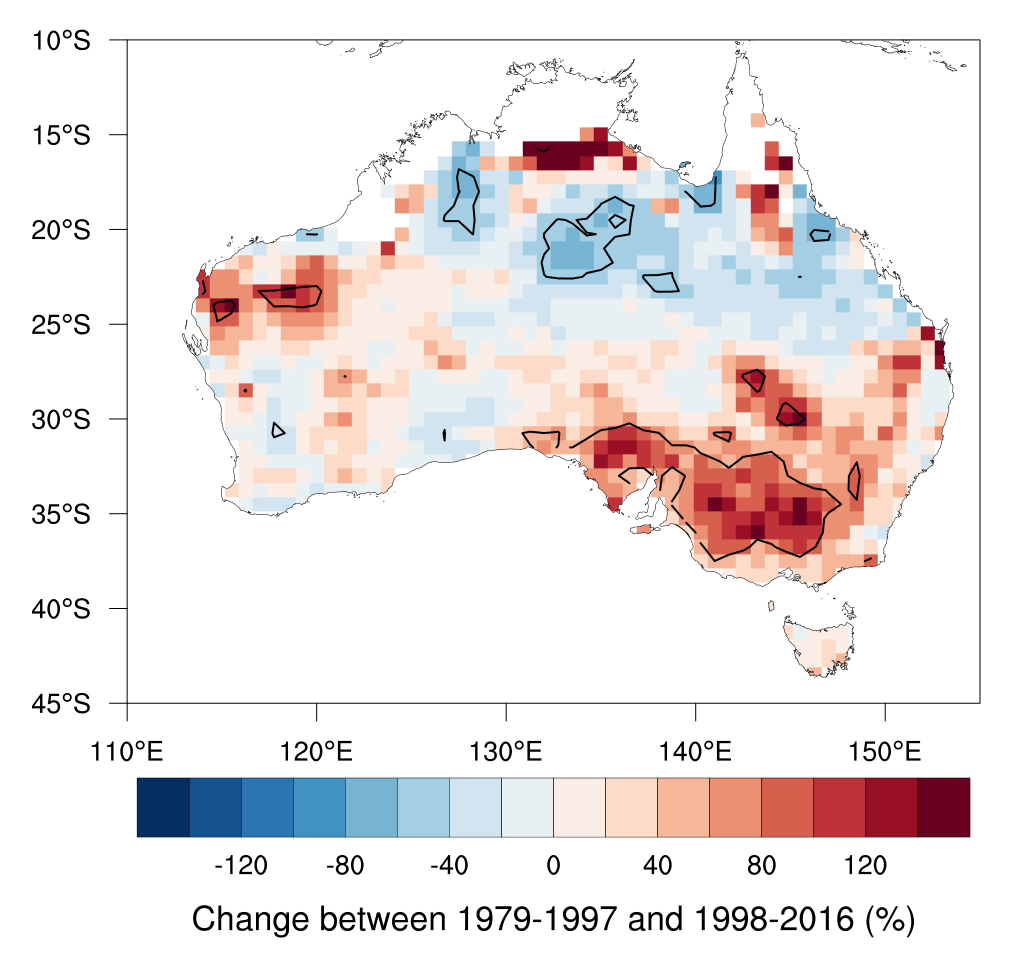 Over the past 40 years, south-eastern Australia has seen an increasing number of high pyroconvection risk days in summer (Source: Dowdy & Pepler, 2018)

A better understanding of the environmental conditions associated with pyroconvection will provide emergency managers with additional information with which to plan for and respond to bushfires and will inform disaster risk reduction activities.

Given the high human and property cost of extreme fires, identifying and understanding the environmental conditions that increase the risk of pyroconvection will also benefit health services, planning agencies and insurers.

For more detail please refer to the original research paper: