This research and the associated synthesis brochures were undertaken by Hub researchers from Project 2.8 – Extreme weather projections.

Extreme events have always been part of Australia’s variable climate and can cause large impacts on communities, businesses and ecosystems. However, human-caused greenhouse gas emissions are causing many extreme weather events to become significantly different to what we have previously experienced.

The Earth Systems and Climate Change Hub has developed improved knowledge and resources on tropical cyclones, east coast lows, bushfires and thunderstorms and how they may change in the future to help us plan for and deal with climate change with greater confidence.

Four brochures are now available on these extreme weather events, including information on associated hazards such as lightning, hail, extreme wind, waves, rainfall, heat and flooding. 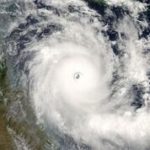 Tropical cyclones impact many parts of northern Australia, where they can produce extreme winds, waves and rainfall and can cause coastal hazards such as storm surges, flooding and coastal erosion. 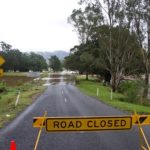 East coast lows are low-pressure systems near south-east Australia that can cause a range of hazards including damaging winds, prolonged heavy rainfall and very rough seas. The more intense events can lead to impacts such as injury, loss of life, infrastructure damage and large insurance losses, as well as benefits such as contributing to water availability for this densely populated region of Australia. 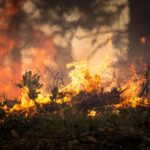 Bushfires have always been an important part of Australia’s environment. They have the potential to cause severe economic costs as well as damage to property, loss of life and harm to ecosystems.

Human-caused climate change has already resulted in more dangerous weather conditions for bushfires in recent decades for many regions of Australia. There is a trend towards more dangerous conditions during summer and an earlier start to the fire season, particularly in parts of southern and eastern Australia.

Climate models show an increase in future dangerous fire weather conditions throughout Australia due to increasing greenhouse gas emissions. Projections also indicate a future increase in dangerous pyroconvection conditions (storms within a bushfire) for many regions of southern Australia. 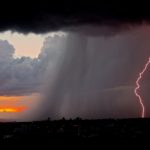 Thunderstorms are relatively small-scale weather systems which can cause hazards such as lightning, hail, extreme winds, tornadoes, extreme rainfall and flash flooding. The impacts of thunderstorms in Australia include disruption to power networks, damage to property and injury or loss of life. In addition, lightning during thunderstorms can also ignite bushfires, leading to a range of further impacts to our communities, businesses and ecosystems.

Thunderstorms in Australia occur predominantly during the warmer months of the year, with more activity towards the north and east of the continent. Thunderstorms can combine with other weather events such as tropical cyclones, east coast lows and cold fronts, resulting in more extreme weather conditions. There is no clear trend in thunderstorm occurrence in Australia over the past decades, based on observational data.

Climate models indicate a potential increase in future thunderstorm frequency for parts of eastern Australia, while changes for other regions of Australia are more uncertain. Extreme rainfall caused by thunderstorms is likely to increase in intensity resulting in increased flood risk factors in some cases.

Research under the Earth Systems and Climate Change Hub is improving our confidence in climate change projections and is increasing our understanding of how the climate system works. The Hub is working to make climate change information more user-friendly, so it can more easily be applied to risk assessment and adaptation activities.

New information on extreme weather and natural hazards in our changing climate – synthesis brochures of the latest knowledge and ESCC Hub research was last modified: November 11th, 2019 by Sonia Bluhm