Home News Which east coast lows are the rainiest?

Which east coast lows are the rainiest?

Image: Pasha Bulker on Nobbys Beach in 2007 at Newcastle, NSW. Courtesy of the Ross and Pat Craig Collection, University of Newcastle, Australia

Many Australians will be familiar with a weather map, which shows the pressure of the atmosphere at sea level. Areas of low pressure (marked with an ‘L’ in the figure below), also called cyclones, are typically associated with rainfall. For instance, this map shows the famous east coast low in June 2007, which caused widespread flooding on the central coast and some of the largest waves on record for Sydney, grounding the Pasha Bulker ship near Newcastle. 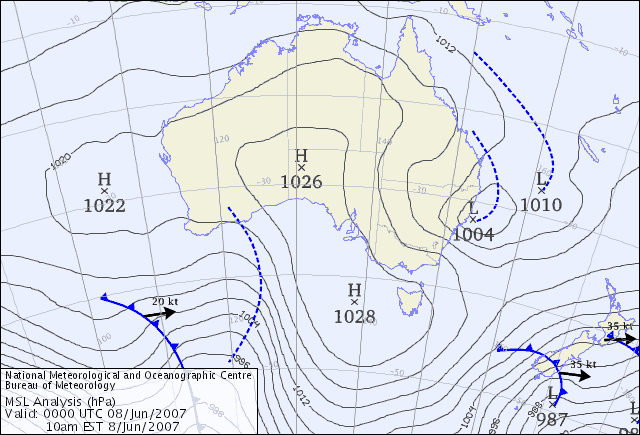 Figure 1: Bureau of Meteorology mean sea level pressure chart for 10am on 8 June 2007. From http://www.bom.gov.au/australia/charts/archive/index.shtml. The east coast low is shown with an ‘L’ on the east coast.

But the weather doesn’t just happen at the surface, it extends well up into the atmosphere. This chart shows what was going on at that same time but about 5 kilometres above the Earth’s surface, or about twice the height of Mt Kosciuszko. In this view you can see the east coast low too, but it’s even stronger than the low in the previous chart. 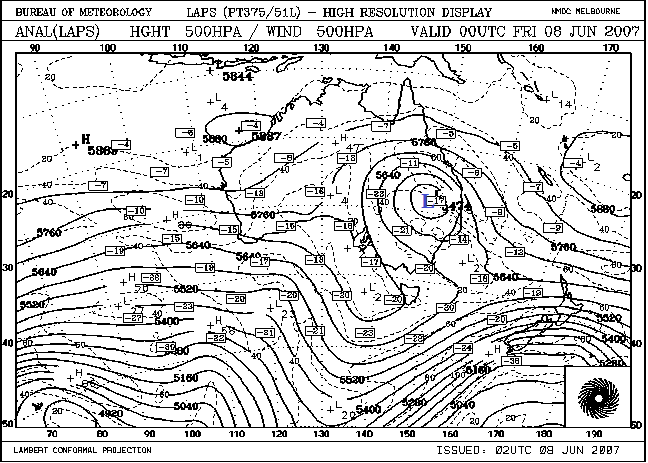 Figure 2: Bureau of Meteorology 500hPa geopotential height chart for 10am on 8 June 2007. From http://www.bom.gov.au/australia/charts/archive/index.shtml. The upper low is marked with a blue ‘L’.

Intense east coast lows can be defined as having at least one major hazard associated with their occurrence, such as extreme winds, waves, rain or flooding.  The more intense events can lead to impacts such as injury, loss of life, infrastructure damage and large insurance losses.

By better understanding and identifying deep east coast lows and the heavy rainfall associated with their occurrence, Earth Systems and Climate Change Hub researchers are helping to increase knowledge on the east coast lows most likely to have important impacts in eastern Australia. This will allow us to better understand how intense east coast lows are changing over time and how they will change in the future, providing valuable information for increasing Australia’s ability to plan for these events and improve our preparedness and resilience.

Which east coast lows are the rainiest? was last modified: June 9th, 2020 by Sonia Bluhm