One of the most critical tools in the climate science tool kit is the climate model – a mathematical representation of the physics of the climate system that allows us to both ‘recreate’ past climates to study trends and variability, and simulate possible climates of the future.

Climate models have become very sophisticated over the last couple of decades. Early climate models were very coarse in their resolution and included only a few climate system processes. They also tended to only focus on one component of the climate system—such as the atmosphere or ocean—even though in the real world these components are strongly linked with each other.

As we’ve learned more about how the climate system works, new knowledge of climate processes has been translated into climate models. Now, coupled models (which link up ocean, sea ice, land surface and atmospheric models) have been developed that have wide research and operational capabilities. The Australian Community Climate and Earth System Simulator (ACCESS) is one such coupled model.

To address this, the Australian Government funded the development of ACCESS in 2005 through the Australian Climate Change Science Programme. This initiative brought together the climate observations, research and modelling capability of the Bureau of Meteorology, CSIRO, Australian universities and international researchers with the aim of providing Australia with a global climate model that could better represent the features of the climate system, particularly for the Australian region.

In the years since, this collaboration has developed ACCESS into a world-class climate model, used internationally (for example, in the Intergovernmental Panel on Climate Change’s Fifth Assessment Report) and by the Australian research community. Ongoing development of ACCESS’s climate modelling capability is being led by the Earth Systems and Climate Change Hub.

The current version of the ACCESS coupled model (ACCESS-CM2) comprises an atmospheric model (Global Atmosphere version 6, GA6) and land surface model (currently JULES from the UK Met Office, but the final version will use the Australian CABLE model); an ocean model (MOM5) from the US Geophysical Fluid Dynamics Laboratory; and a sea ice model (CICE5) from the US Los Alamos National Lab. These components are linked together by a ‘flux coupler’ (OASIS3-MCT, developed by CERFACS in France) that exchanges information about energy flows, momentum, water, and the like between the component models.

Some of the computing power that runs ACCESS (Credit: Kathleen McInnes)

These component models are not physical entities, but software with lines and lines (millions, in fact) of computer code, so you can’t ‘see’ ACCESS as such. However, the size of code and amount of data required to simulate something as complex as the climate system requires some very high-powered computing, which is why ACCESS runs on one of Australia’s largest supercomputers at the National Computational Infrastructure facility in Canberra.

Although we talk about ‘Australia’s national climate model’, in practice, ACCESS is a suite of models, which are varyingly configured for different scales in time and space and with different components for different purposes. Indeed, one of ACCESS’s strengths is that it provides a ‘seamless’ framework to model weather and climate from hours to days (weather) to months (seasonal outlooks) to decades and centuries (climate).

Various configurations of ACCESS have been used by the Bureau of Meteorology for their routine weather forecasts, with a wide range of weather products available. For weather prediction, the Bureau uses the ACCESS atmospheric and land-surface models, combined with a data assimilation system (which ‘transforms’ the latest weather observations into a form suitable for use in the model).

ACCESS’s seasonal prediction capabilities are being developed in ACCESS-S, which will replace the Bureau’s current seasonal model (POAMA). ACCESS-S uses the full coupled model described above, but with a different ocean component model and its own data assimilation system.

In the climate domain (on an annual through to century timescale), ACCESS is already a player on the world stage. Two configurations of the first ACCESS coupled model (ACCESS-CM) were Australia’s primary submission to the Coupled Model Intercomparison Project phase 5 (CMIP5). ACCESS1.0 and ACCESS 1.3 were among the top performing models across a range of measures, including those of greatest relevance to climate in the Australasian region. CMIP5 simulations were used in the Intergovernmental Panel on Climate Change (IPCC) Fifth Assessment Report.

Development of ACCESS’s climate modelling capability is progressing down two pathways – further development of the coupled model, and development of a new Earth system model (ACCESS-ESM1), the first version of ACCESS to include carbon cycling, so changes in land and ocean productivity due to different emissions and mitigation strategies can be simulated. ACCESS-ESM1 development is being led by the CSIRO Climate Science Centre, in collaboration with the Bureau of Meteorology, universities and overseas partners.

The Earth System and Climate Change Hub is also making a significant investment into the ongoing development of ACCESS. Simulations from ACCESS underpin much of the Hub’s science, so its continued improvement is critical for meeting the Hub’s goals.

Hub researchers are improving ACCESS’s simulation of important climate processes in the Australasian region, with a focus on rainfall and weather extremes. This work will enable better forecasting on daily (weather) through to seasonal timescales, and allow for multi-year to multi-decadal projections.

The groundwork is also being done in the Hub to build, test and apply a state-of-the-art multi-year climate forecasting system within ACCESS. This work will contribute to closing the multi-year forecasting gap in ACCESS, and being able to provide climate information on the scale of 1–10 years. 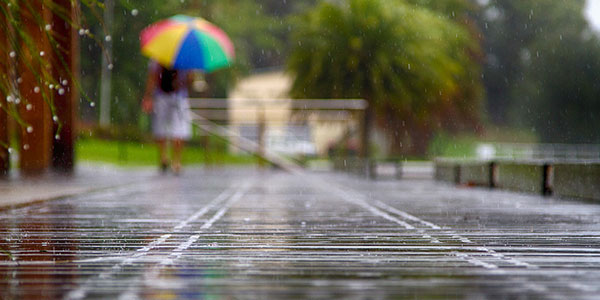 ACCESS models weather and climate from hours and days out to decades and centuries (Credit: Flickr/Daniel Burt)

Hub researchers are preparing ACCESS-CM2 for the Australian modelling contribution to the IPCC Sixth Assessment Report, and the associated international Climate Model Intercomparison Project, CMIP6. Through participation in CMIP6, ACCESS’s quality and performance can be internationally benchmarked and assessed. Benchmarking and comparisons with other models identify areas where improvement is needed, providing a focus for ACCESS’s ongoing development.

Ongoing development of ACCESS, underpinned by research to better understand the components of the climate system, how they work and how they work together, will ensure that Australia’s climate modelling capability remains world-class. More importantly, it will ensure that governments, businesses and communities across the country have access to the best possible information about Australia’s climate with which to make decisions about the future.