The research team developed new projections for future bushfire risk factors , that are now available throughout Australia. This includes projections of future changes in weather conditions near the land surface represented by the Forest Fire Danger Index (FFDI, which is based on temperature, humidity, wind speed and rainfall), as well as changes at higher levels of the atmosphere represented by the C-Haines Index (based on atmospheric stability and moisture measures).

Bushfires have caused serious impacts to communities, assets and ecosystems in Australia and other regions of the world recently. Under the right conditions, heat and moisture generated by bushfires can create clouds and even thunderstorms. This is an example of a process called pyroconvection and in extreme cases it can lead to very dangerous bushfire conditions, such as occurred for Victoria’s Black Saturday fires of 2009 and the Canberra fires of 2003.

Earth Systems and Climate Change Hub researchers have previously used observational data to study the influence of climate change on past bushfire conditions as well as  changing patterns of pyroconvection risk. This research showed a clear link between climate change and bushfire conditions over the past 67 years, with south-eastern Australia experiencing more days of pyroconvection risk over the past 40 years.

But will climate change continue to influence fire weather conditions across Australia? And if so, how?

What does the study find?

The projections developed under this study show a clear trend towards more dangerous conditions for bushfires in Australia into the future (based on near-surface weather conditions), as well as increased pyroconvection risk factors at higher levels of the atmosphere for some regions of southern Australia. 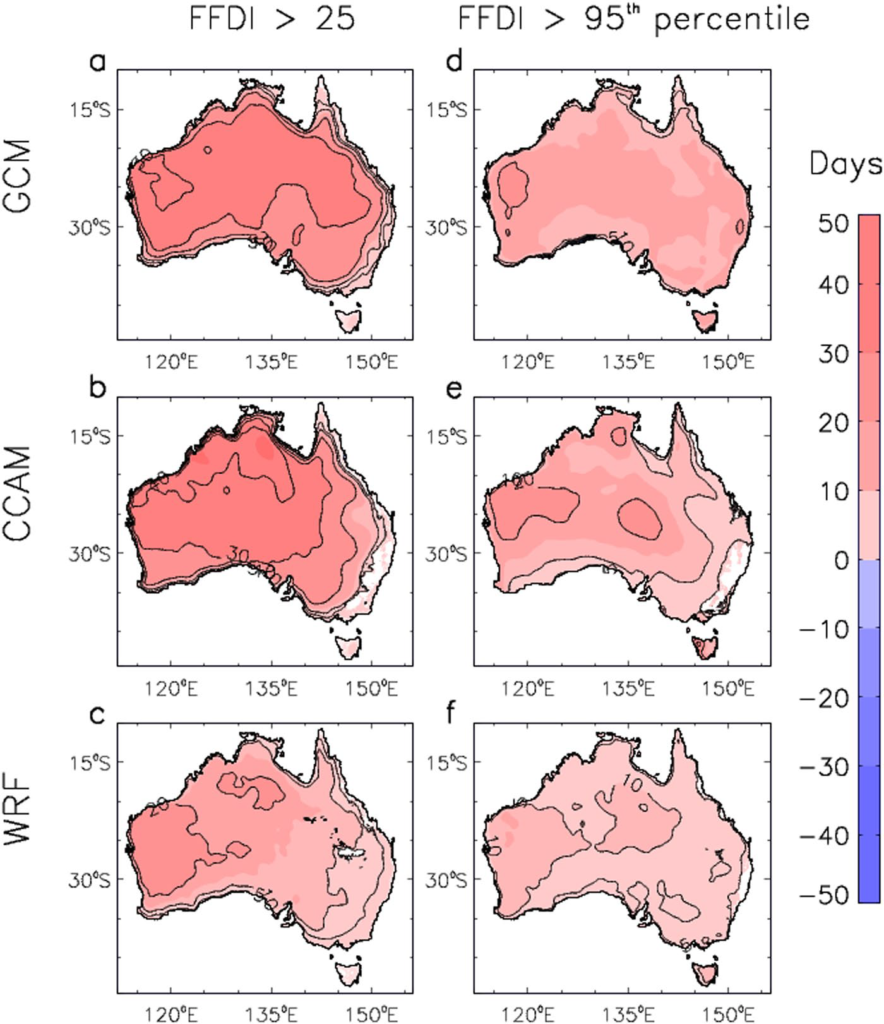 These findings highlight the impact that increasing greenhouse gas emissions will have on the occurrence of dangerous bush fire conditions in Australia into the future. Managers and decision makers from across sectors such as emergency management, forestry, urban planning, environmental systems, finance/insurance and energy will need to consider these types of climate risks now and into the future. This will help to ensure planning, management and decisions are informed by the most up-to-date science-based evidence, and that Australia remains resilient to the impacts of climate change.

This research was conducted by Hub researchers from Project 2.8 Extreme weather projections.