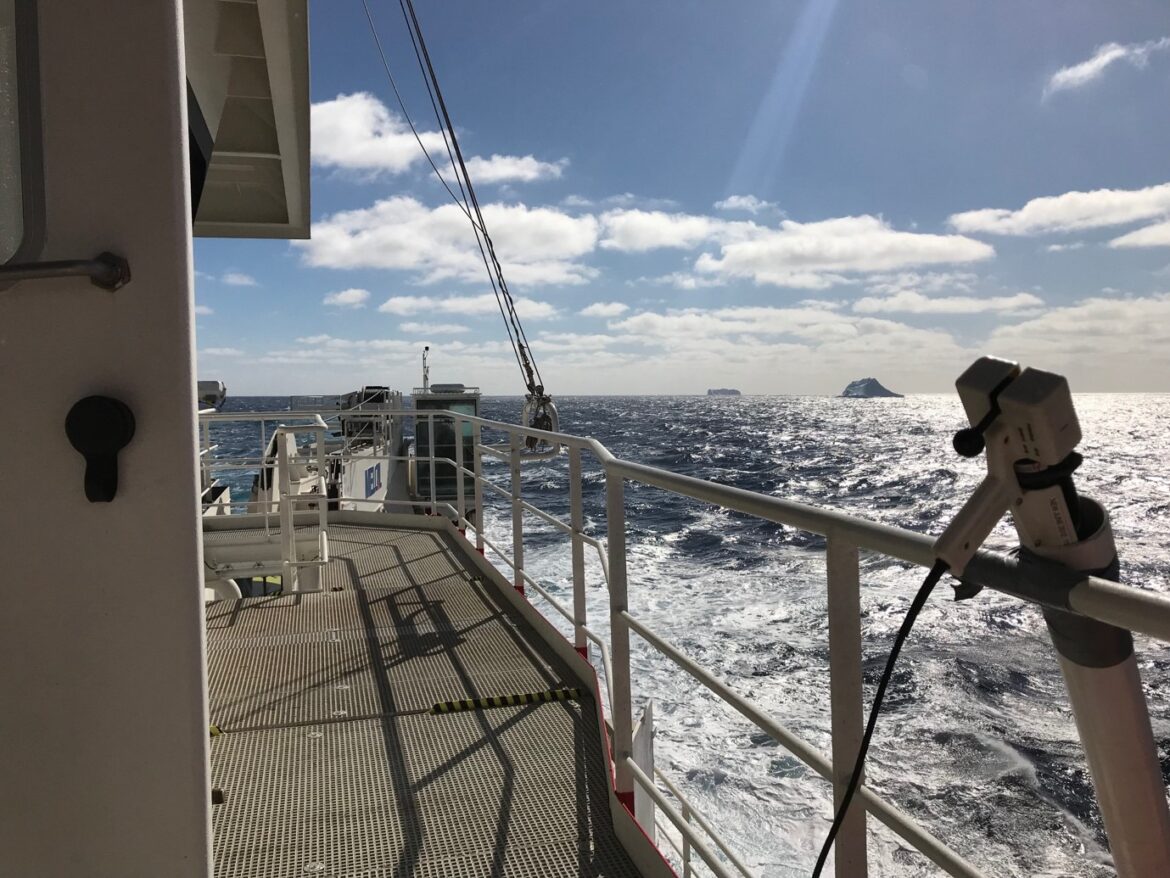 The Southern Ocean has undergone rapid change over the past twenty-five years, with consequences for the global climate as well as for communities, for example, facing sea level rise.

Ocean observations, including those analysed by the ESCC Hub, have found that an exceptionally large amount of heat associated with global warming has been transferred from the atmosphere and locked away in subsurface water-masses.

These observations have been enabled by decades of consistent global oceanographic effort in the eXpendable Bathythermograph (XBT) program, supported by many individual sources like Australia’s Integrated Marine Observing System (IMOS). Since 1992, scientists from Australia, France, and the United States have collaborated to maintain a regular, long-term XBT oceanographic time-series between Hobart, Tasmania, and the French Antarctic base at Dumont d’Urville as part of the SURVOSTRAL program.

Hitching a ride on the regular resupply voyages conducted by the French Institut Polaire aboard the vessel l’Astrolabe, scientists have been able to collect thousands of valuable XBT temperature profiles down to 800m depth. The data is supplemented by readings taken from at-sea equipment, with l’Astrolabe’s on-board thermosalinograph taking continuous high-resolution sea surface temperature measurements.

This effort has yielded a unique, long-term climate-quality dataset in a traditionally data-sparse region, allowing scientists to monitor the pace of climate change in the remote high latitude Southern Ocean over the last 30 years.

A recent Nature Communications publication by Auger et al (2021), co-authored by Hub scientist Rebecca Cowley (CSIRO), has now assessed this valuable XBT data collection. The study examines long-term trends in the Southern Ocean and how they compare to the natural variability in stored ocean heat. An overall trend shows significant, robust warming in the upper 800 m of the Southern Ocean. 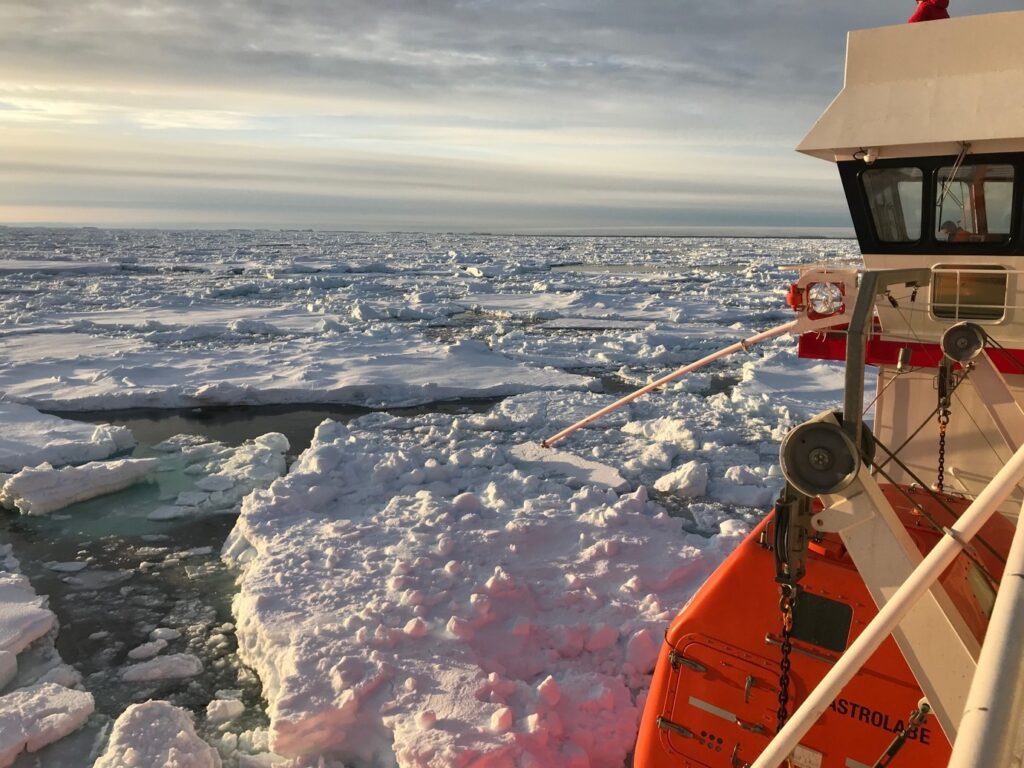 The long XBT launcher tube from the l’Astrolabe bridge wing enables the XBT to be launched away from the ship, and hopefully, in between the icebergs! Credit: Pat McMahon, CSIRO.

These results have implications for the global climate and sea level rise, given warmer ocean waters flow eastward into regions vulnerable to ice-sheet melt. Long-term, continuous observations of the Southern Ocean are critical for assessing models of circulation, ice-sheet and glacier melt in Antarctica and estimates of future sea-level rise across the globe. Such future projections will help communities prepare for climate change impacts on their local area.

It is vital Australia maintains its commitment to long-term ocean observations globally and specifically around Australia as we move into a period of increasing risk from a warming world.

Data was sourced from Australia’s Integrated Marine Observing System (IMOS) – IMOS is enabled by the National Collaborative Research Infrastructure Strategy (NCRIS). It is operated by a consortium of institutions as an unincorporated joint venture, with the University of Tasmania as Lead Agent.